The women of Valeria Lopes’ novels: Bad Ass women in Brazilian literature
What does it mean to be a woman in 2019?

If you google “what does it mean to be a strong woman,” the first thing that pops up is an article written in 2016 by Marisa Donnelly for “Thought Catalog,” entitled “15 People Explain What It Means to Be a Strong Woman”

1. She fights against expectations
2. She bounces back.
3. She knows who she is.
4. She is independent but knows when to ask for help
...

"Written with a different perspective, The Curse Of The Werck Family, a series of two books, claim to have been given to the author by the spirit of a woman who accompanies her as a guardian angel. Written originally in Portuguese by Valeria Lopes, the books are quite interesting, especially for readers who like mysteries, and follow the events unleashed by the killing of a whole family during the French Inquisition."

How far would you go to search for your dreams?
Do you believe in the unbelievable?
When is your life a dream or a reality?

The Novel That Enthralled Brazil, Now In English
The Curse of the Werck Family, Volume 1:

BOCA RATON, Fla., Sept. 26, 2017 /PRNewswire/ -- It captivated Brazil when it was first published in 2000.  It rapidly became a best-seller, due both to the riveting saga of the supernaturally cursed Werck Family, and the remarkable manner of how the book came about.

Author Valéria Lopes received the epic story as a gift from her spirit guide Andorra so that she might pass along the lessons and importance of patience, understanding, acceptance, and forgiveness to her readers - to all in fact, who endure the trials and tragedies of life...

The novels that enthralled Brazil, both newly revised and updated
Tears of Joy, Tears of Pain in these Paranormal Novels of

Both Channeled to Valéria Lopes by Spirit Guide Andorra
These are the novels that captivated Brazil when first published here in 2000. They rapidly became best-sellers, due both to the riveting saga of the supernaturally cursed Werck Family, and the remarkable manner of how the book came about.
Author Valéria Lopes received the 2-volume epic story as a gift from her spirit guide Andorra, so that she might pass along the lessons and importance of patience, understanding, acceptance, and forgiveness to her readers - to all in fact, who endure the trials and tragedies of life... 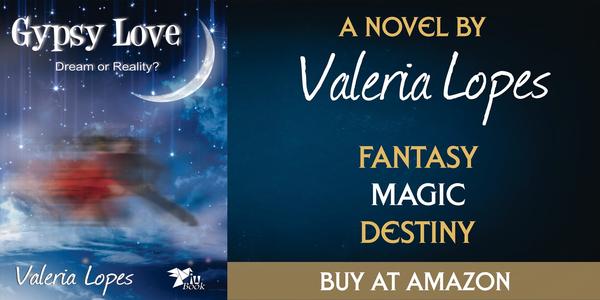 How DO Fiction Writers Create Fascinating Stories?
Valeria Lopes of Brazil Has A Way That Is Uniquely Hers

BOCA RATON, FL, ESTADOS UNIDOS, February 7, 2018 /EINPresswire.com/ -- How do fiction writers do it? How do they come up with stories populated by fascinating characters, men and women filled with depth and breadth, warmth and love, rage and hatred, in times and places long ago and far away?

“She is part of my family, and she has protected me since I was a baby. My grandmother’s sister was blind, and when I was still in a crib, she envisioned a gypsy woman taking care of me beside my cradle as I was sleeping. My great-aunt was surprised with that vision, so she said to my grandmother: “Who is this gypsy woman with Valeria?”...

When Nothing Matters by Valeria Lopes, one of Brazil’s best-selling authors,

“When Nothing Matters,” by Brazil’s noted spiritual medium Valeria Lopes, whose books have all been inspired and channeled to her by her spiritual guide Andorra, will be published in English.

A story of forbidden love during the time of slavery in Brazil, “When Nothing Matters takes place years after the 13th amendment to the US. Constitution, which banned slavery in ALL of the states, was passed.

In this tale of an independent woman, we follow our protagonist Lucya through a life of suffering until her destiny is ultimately revealed.

About “When Nothing Matters”

At the end of the nineteenth century, before slavery was outlawed in Imperial Brazil, the beautiful 20-year-old Lucya lived with her wealthy family on a coffee plantation in the countryside of São Paulo city. But, despite the apparent tranquility, life was about to turn very bleak for the well-off family and their slaves. Father and son had built a thriving coffee business, but their gambling addiction drove them into bankruptcy...

Why do we blame others and God for our unhappiness?

Seven Waves by Valeria Lopes: A Beautiful Novella About the True Joys of Life.

Strikingly beautiful and poignant, this is the gift for Christmas stockings; celebrating the true spirit of the holiday.
Instead of New Year’s Resolutions, read and gift Seven Waves…  you’ll make the changes in your life that YOU WANT!!!

Seven Waves:
Our tormented protagonist arrives at a beautiful beach. He finds a large and comfortable rock, upon which he sits and watches the seagulls, the clouds, and the waves, as they start out far off in the distance,  and become more powerful until they hit the shore with a force thundering and harsh. It is an odd beach in a very peculiar world where time and space don’t seem to exist.  What’s stranger still is when the waves stop in midair….

ARE YOU DREAMING? OR IS IT REAL?
GYPSY LOVE: DREAM OR REALITY?

BOCA RATON, FL, ESTADOS UNIDOS, March 14, 2018 /-- In the second half of the 17th century in Spain, a story of soul mates who suffer and fight against prejudice, social rules, and politics is a story of love and magic, tragedy and humor, dreams and reality.

There’s mystery: a baffling otherworldly/alternative reality overtakes the main character....but he cannot discern if it's a dream, or it's really happening.
There’s a love story for the ages that takes ages for the lovers to blissfully revel in their romance...

Tears of Joy, Tears of Pain in this Paranormal Novel

of Obsession and Spiritual Redemption
The Curse of the Werck Family, Volume 2: Eternal Souls
Channeled to Valéria Lopes by Spirit Guide Andorra

BOCA RATON, Fla., Nov. 7, 2017 /PRNewswire/ -- Generations after The Curse of the Werck Family, Volume 1 ends, the ancestors of the Wercks are living peacefully in Paris when corrupt officials arrest Leonard, Barbara's twin brother, try him and award the family's fortune to the King of France. Leonard's life is hell, yet his connection to the paranormal, and the spiritual world help him survive, and in a sense, thrive through abject misery.

Barbara suffers very differently. She meets Count Carret, the object of all the single ladies in Paris. Carret is immediately taken with her, an obsession of love, and violence that lasts all his life. Barbara's hatred of Carret can only come from one place: her past. It is not until she confronts the reasons both in this world and in the spirit dimension, that she is able to live in peace, with love in her heart and in her actions...

Where are the elves?
Do you believe in the wonders of life and its mysteries?

There are Middle-Earth elves. Fair and wise, with great spiritual powers, keen senses and a close empathy with nature.
There are serious elves. There are frivolous elves.
And there are duendes: in Portuguese and Iberian folklore, they are beings of a small stature wearing big hats, whistling a mystical song, while walking in the forest. In some Latin American cultures, duendes are the helpers of people who get lost in the forest, so they could find their way home.
They are mischievous. But they are compassionate. They are magical. But they are practical. They are spiritual. They are down to earth. And they share with their people the wisdom of the ages. Do you believe in elves? If not, why not? ... 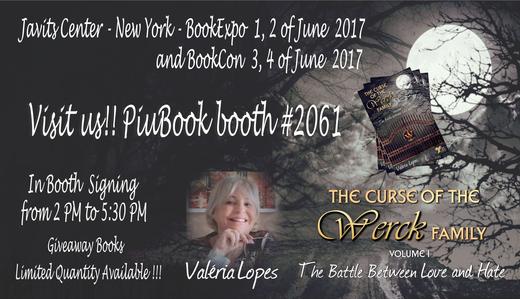 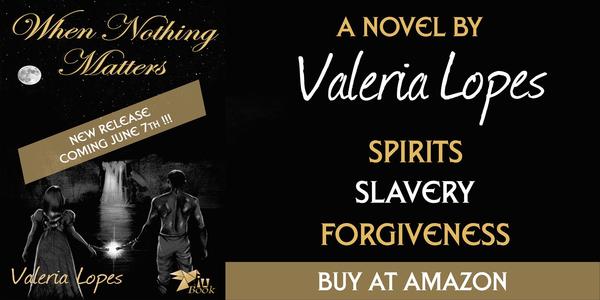